Choose our repair service and we'll waive our service call fee. And, we'll warranty the entire machine for 12 months, not just the repair. 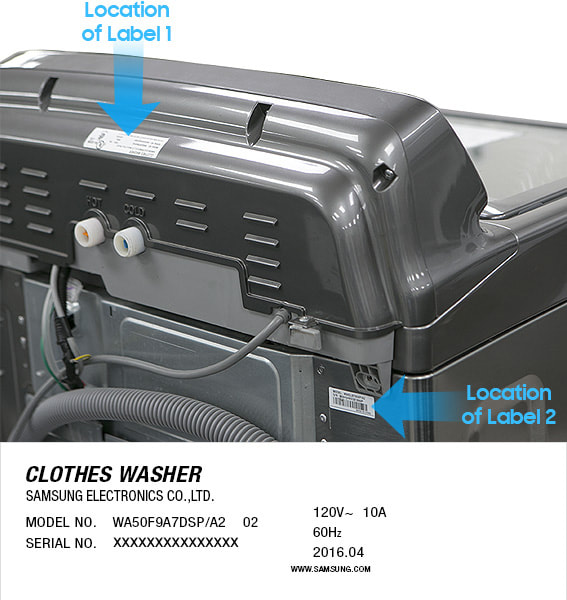 In November of 2016 Samsung issued a voluntary recall of some of their top-load washers. The units in question were manufactured between March 2011 and October 2016. This recall involves reports of the drums in the washers losing balance, causing extreme vibrations which at times resulted in the top separating from the unit itself. Samsung offered two options with this recall: a free in-home repair or a rebate for replacement. The company recommends that, until the repair is made, customers do not wash bedding or other heavy/bulky items.

This recall does not affect front load washers.

Want to know if your washer is part of this recall? You’ll need to enter your model and serial numbers on their website.

You can find your model and serial numbers on the rear of the washer or under the lid as depicted in the image above.